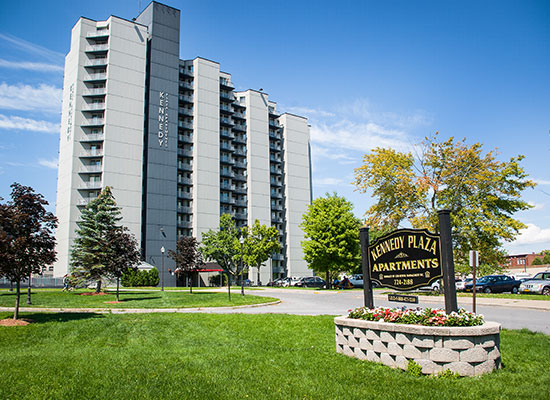 Liberty Affordable Housing acquired Kennedy Plaza Apartments in 2010. It was able to transform this troubled property from one that was thought of as unsafe, to now being considered a safe and desirable place for families to call home.

Because of the size of the project and the amount of work needed at the time by the troubled property, Liberty subdivided the property into two parcels – Kennedy Plaza Tower and Kennedy Plaza Associates. The substantial rehabilitation of both parcels was completed in December 2011.

Become a resident
VIEW ALL OUR PROPERTIES