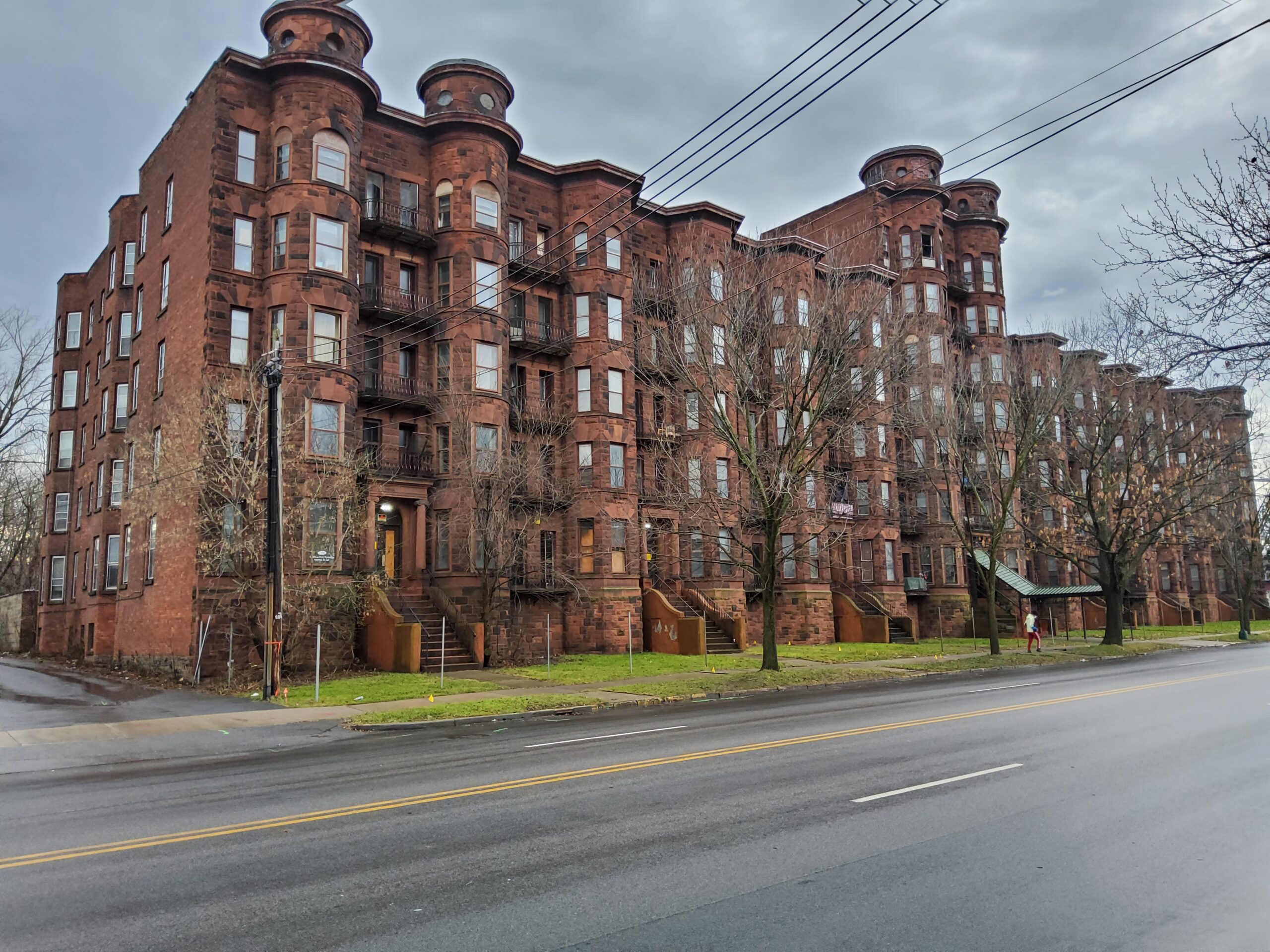 The Project consists of the acquisition and substantial rehabilitation of Olbiston Apartments, a historic 7-story building built on the former site of The Genesee Flats. The Genesee Flats opened in 1892 and was Utica’s largest and most lavish apartment building. A massive fire in 1896 destroyed The Genesee Flats completely and The Olbiston, the structure existing today, was built in its place. The Olbiston was completed in 1898 and, at the time, offered 100 units spread across 5-stories with a 2-story rise in the center. At the time it was built, The Olbiston was the largest and only apartment building of its kind from Utica to Buffalo.  Liberty Affordable Housing formally acquired the Olbiston in December of 2021 and will embark upon the historic rehabilitation of this building over the next 2 years.

VIEW ALL OUR CURRENT PROJECTS